The team of physicians in Roth Medica have many years of clinical experience, supported by placements in Poland and abroad.

We specialize in the treatment of hearing disorders.

Most of the team is also teaching staff at Poznan University of Medical Sciences im. Karola Marcinkowskiego.

Dr. Sokół completed a four-year long course led by the European Society of Neurosurgeon, which in 2010, ended with a passing test result. In 2011, he received a scholarship for a course in Chicago for chief residents in neurosurgery. Additionally, in the years 2008-2013, he has completed four courses in the UK for complex surgical operations (in London 2008 and 2009, Leeds 2009, Coventry 2013). And in 2011 and 2015 he received additional training in the surgical treatment of Parkinson’s disease at the Medical University of Leuven, Belgium.

Dr. Sokół’s doctorate thesis (from 2008) dealt with early detection methods of brain edema using bioimpedance. Since then Dr. Sokół has been working on a study for evaluating early brain injury after subarachnoid haemorrhage, which resulted in a series of publications in scientific journals. 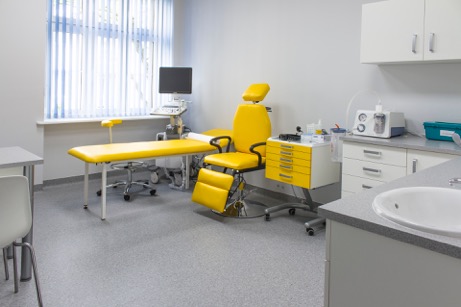 This site uses cookies. By continuing to browse the site, you are agreeing to our use of cookies.AgreePrivacy Policy